Well-known tourist attractions inside of Nara City include Nara Park which is teeming with wild deer, Todaiji Temple which has the world’s largest Buddha statue, and Kasuga Grand Shrine (Kasuga-taisha). These are all within walking distance from Nara Station and are always bustling with tourists.

In addition, you will find an assortment of temples, shrines, and historical locations spread across Nara City and the prefecture itself. Through the national treasures including Buddha statues and buildings, you can be transported back in time to the year 1300.

Each season has its own highlight such as the beautiful cherry blossom trees in spring and red foliage in fall.

Being even older as a capital city than Kyoto, you can enjoy Nara’s townscape that remained the same in appearance since olden times.

The three most famous tourist spots within Nara City, Nara Park, Todaiji Temple, and Kasuga Grand Shrine, are all within walking distance from JR Nara Station and Kintetsu Nara Station.

However, other tourist attractions are scattered throughout the prefecture and transportation can be inconvenient for reaching these locations. The best way to see these sites is by car, so you might want to consider renting one.

The train lines including JR and Kintetsu are inconvenient due to the infrequency of the trains and required transfers, so these are not highly recommended. 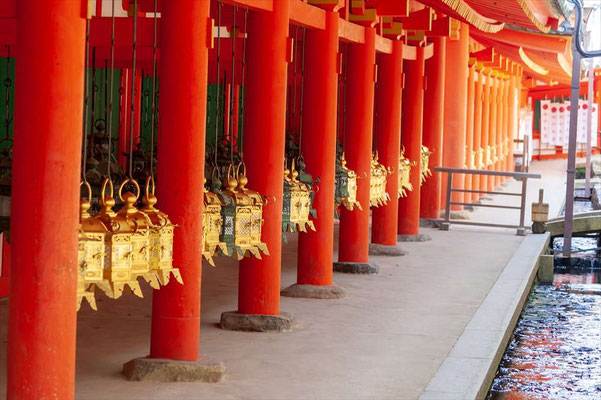 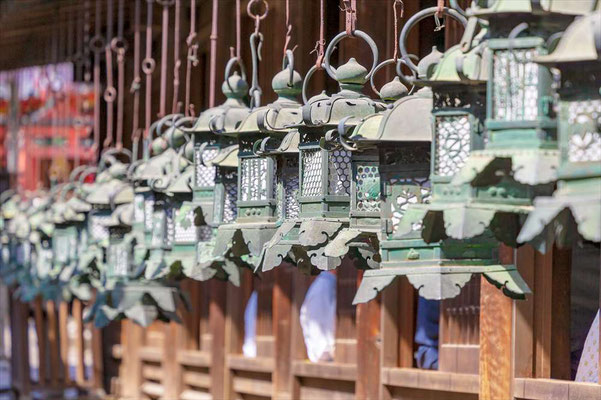 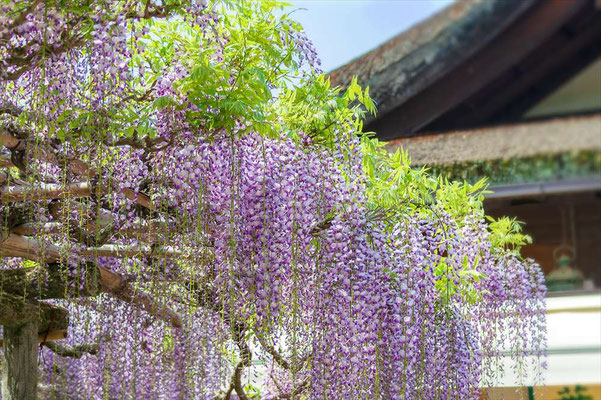 This temple is recognized as a World Heritage Site for having theworld’s oldest wooden building. (15 minutes from JR Nara Station on a train bound for Osaka)

Ganjin Osho(鑑真和尚)came to Japan during the Tang Dynasty in China, and this temple was built in the year 759 as a site for Buddhist training. (15 minutes from JR Nara Station by bus)

Emperor Tenmu(天武天皇)built this temple in the year 680 as an attempt to help the empress recover from her illness. It is now registered as a World Heritage Site.

This is known as the “Flower Temple.” The tree peonies in May are particularly impressive.

(After getting on at Kintetsu Nara Station transfer at Saidaiji and then again at Yamatoyagi before getting off at Hasedera Station, which totals to about 1 hour. From the station it is a 15-minute walk)

Built during the Mythological Period, this shrine has the highest status ranking in Japan.

(Take the JR Sakurai Line from JR Nara Station to Miwa Station, approximately 25 minutes away. The shrine is right at the station)

This temple coexists peacefully with nature deep in the mountains. Beautiful fall foliage can also be seen here.

(After getting on at Kintetsu Nara Station transfer at Saidaiji and then again at Yamatoyagi before getting off at Muroguchi-Ono Station, which totals to about 1 hour and 10 minutes. From the station it is a 15-minute walk) 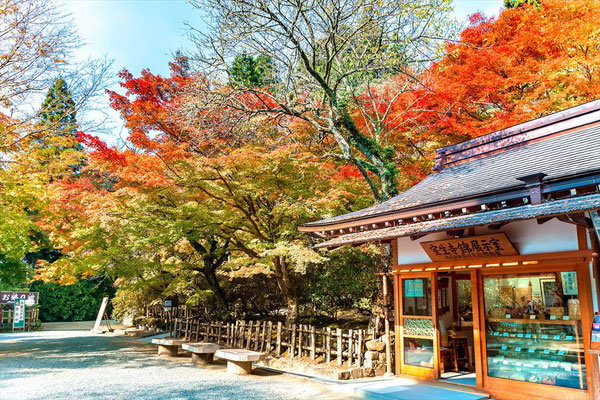 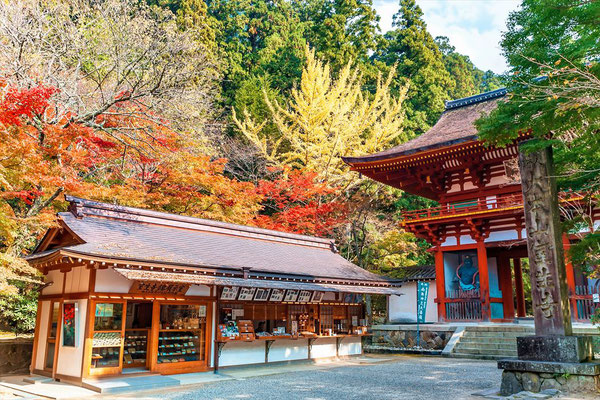 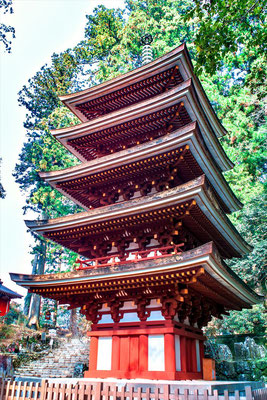 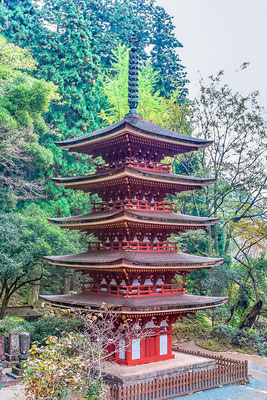 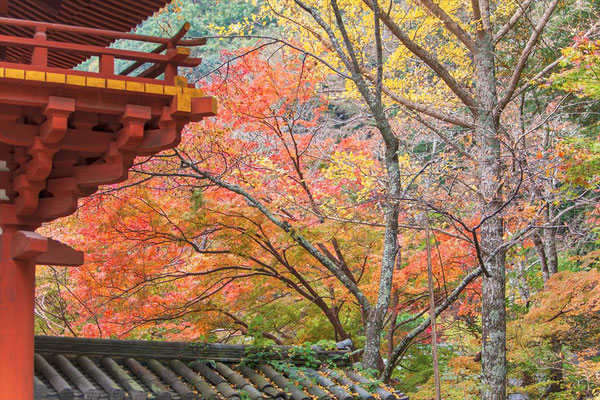 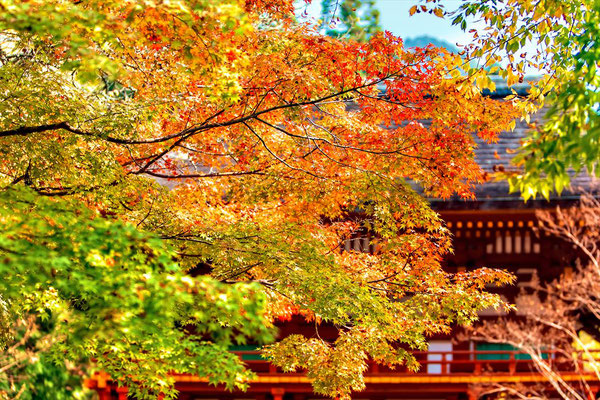 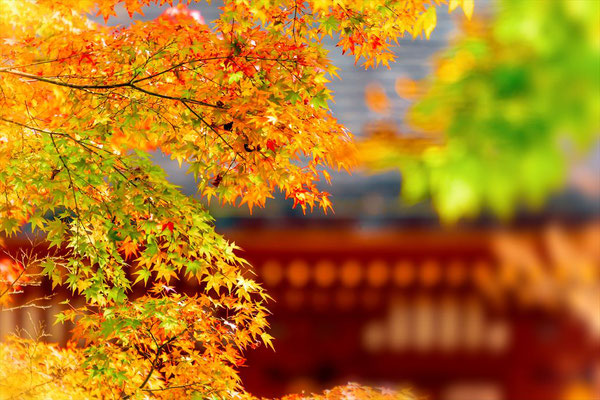 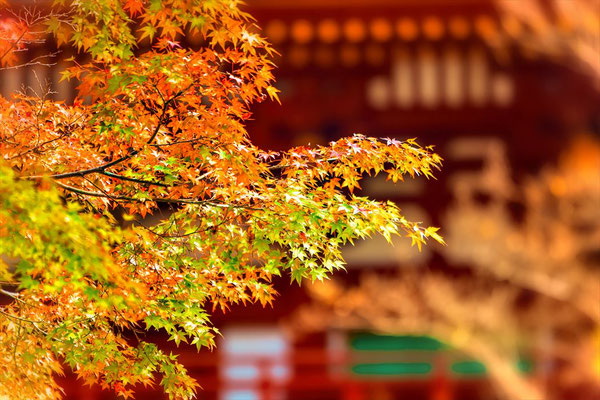 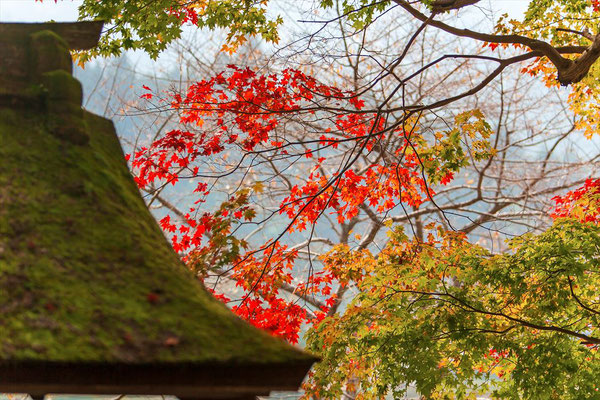 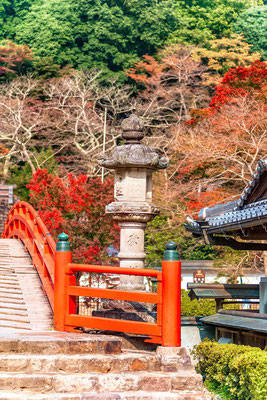 away. The shrine about a 30-minute bus ride from the station)

This is a famous spot for cherry blossoms.

(After getting on at Kintetsu Nara Station transfer at Saidaiji and then again at Kashiharajinju-mae before getting off at Yoshino Station, which totals to about 2 hours From the station take the ropeway)

From the ruggedly protruding cliffs and crags to the quiet, clear cobalt blue river, this gorge will calm your spirit. You can enjoy going downstream here by water jet. http://totsukawa.info/joho/kanko/6doro-kyo_gorge.html

(Take the train from Kintetsu Nara Station and transfer at Saidaiji before arriving at Kintetsu Yagi Station. From the station, take a bus for 4 hours)

② Make sure to check out these breath-taking locations

A variety of flowers are in bloom here throughout the year